Simply drag and drop the message from Mail to the Reminders application icon in the Dock. The Reminders app will present a new item in your default list with the name of the email as the title, and a link to the message. Clicking the link will open the email in Mail. You can easily set a reminder for a location or date, along with a priority from here.

You can also drag and drop an email from the Mail app into the Calendar app on a specific date. This will create a new event on that date. 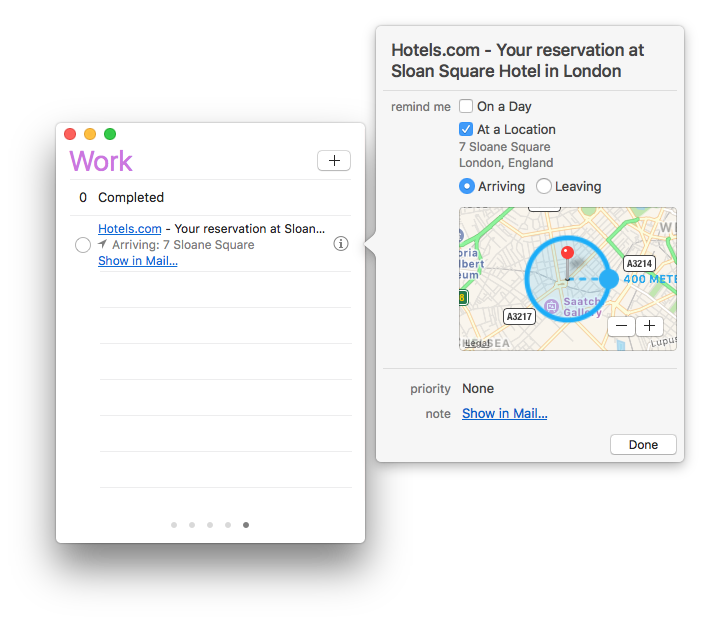 If your Bluetooth device connections seem flakey, or if your wireless keyboard or mouse isn't as responsive as you think it should be with your Mac, there is a easy way to check Bluetooth signal strength in macOS. Simply Option (Alt) click the Bluetooth menu bar item, then move the mouse cursor over the Bluetooth item you want to check the signal strength for and look for "RSSI".

RSSI (Received Signal Strength Indicator) can be a bit weird to read, but essentially a higher number means a better connection, and a lower number means a worse connection. Note however that the numbers are negative, so that may read opposite to what you'd expect. For example, a connection of -45 is significantly stronger and better than a connection of -100, which is weaker and more likely to have issues. The rough guidelines below may help read the connection, though the precise signal you get is going to vary on other factors we’ll discuss below:

The two most likely reasons for a bad Bluetooth connection are low batteries and heavy interference from something in the environment. Batteries are easy to test, all you need to do is swap in a new set of batteries or charge the device in question and see if the RSSI increases and if the device becomes more stable. Environmental factors can be trickier to track down, but if you see a huge drop in the RSSI when you move a headset behind a fireplace for example, you can surmise that something in the wall is causing the interference and you should rearrange the equipment accordingly. It's also vaguely possible that the device itself has a defective antenna, though that’s fairly rare for most quality devices. 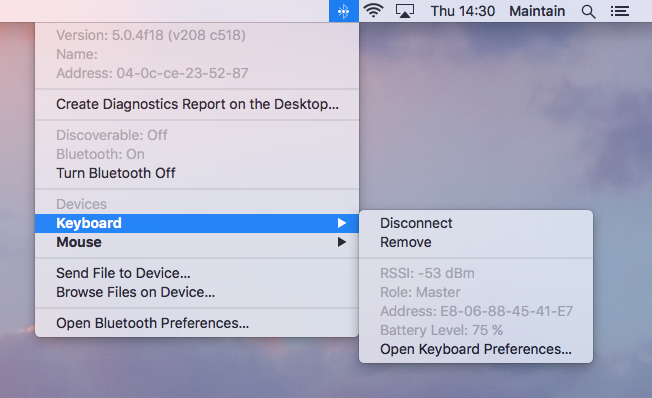