To reset a login password in OS X Mountain Lion or later, restart the Mac and hold down Command-R to boot into the Recovery HD partition. From the Utilities menu, choose Terminal to open it. In Terminal type:

In OS X Mountain Lion, OS X Mavericks, OS X Yosemite and OS X El Capitan, a Reset Password window will appear that will list all the bootable volumes attached to your Mac. Select the volume that contains the account you want to reset and choose the user name that needs its password reset. Enter and verify a new passwords in the appropriate fields and, if you like, enter a password hint. Click Save and the new password is applied to the account. 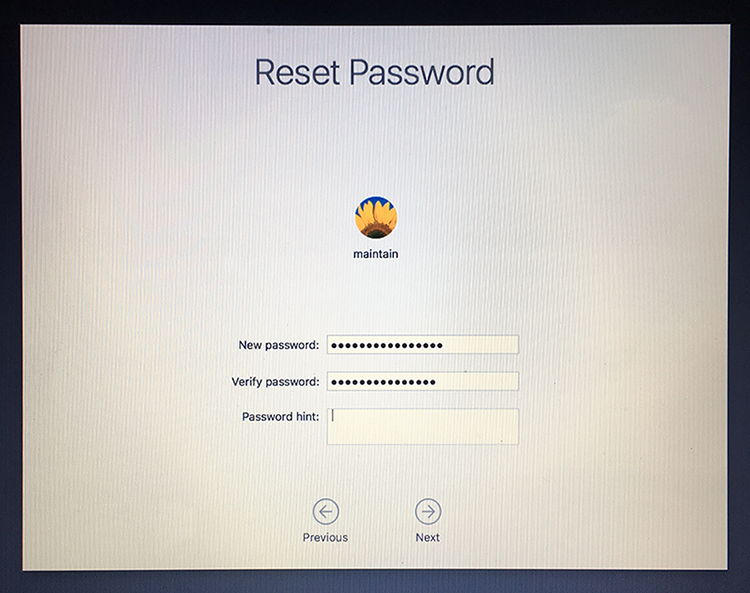 Apple makes it very easy to back up your Mac using Time Machine, so there is no excuse not to create a Time Machine backup before installing macOS High Sierra.

Follow these steps to back up your Mac using Time Machine.

• Connect an external hard drive to your Mac. Choose a new hard drive, or one that you don't mind erasing.

• An alert may appear asking if you want to use the drive to backup your Mac. If so, Use as Backup Disk.

• Switch Time Machine to On.

Follow these instructions to install the macOS High Sierra update on your Mac.

• Once you've backed up your Mac, launch the App Store (located in /Applications) and search for macOS High Sierra.

• Once the download has finished, you'll see a macOS High Sierra installer launch. Follow the on-screen instructions to finish installing the software update, which should take around half an hour depending on the spec of your Mac.

The Mac is generally considered to be safe and secure, and there are a number of reasons why Macs are considered more secure than PCs. Malware writers are less likely to target Mac users because of the perception that it has a far smaller market share than Windows. There is also the fact that the Mac operating system is Unix-based, and Unix offers a number of security features built in.

Apple goes to great lengths to protect you from malware by making it impossible for you to download it in the first place. The company has built-in antimalware protection in macOS. The Mac's malware scanning tool, Xprotect, works invisibly and automatically in the background and requires no user configuration. Apple has a list of malicious applications that it checks against when you open downloaded applications. Updates happen invisibly too. This is similar to having antivirus software from another software developer running on your Mac, with the bonus of being written into the operating system and therefore it doesn't hamper the speed of your Mac. If you download and try to open files contaminated with malware, you may see an explicit warning that the files will "damage your computer", along with a reference to type of malware. You should delete the file immediately.

In addition, macOS blocks downloaded software that hasn't been digitally signed - a process in which Apple approves the developer. This leads to the familiar error message when you try to use or install unsigned software: "[this app] can't be opened because it is from an unidentified developer.". The system at work here is called Gatekeeper and can be controlled via the Security & Privacy section of System Preferences. In addition to Gatekeeper, which should keep malware off you Mac, FileVault 2 makes sure your data is safe and secure by encrypting it.

It's certainly not an essential requirement to install antivirus software on your Mac. Apple does a pretty good job of keeping on top of vulnerabilities and exploits and the updates to the MacOS that will protect your Mac will be pushed out over auto-update very quickly. However, sometimes Apple doesn't respond as quickly as Mac users might hope. In that case there are some free anti-virus apps (such as Sophos Anti-Virus for Mac Home Edition or ClamXav) that might give you some peace of mind.